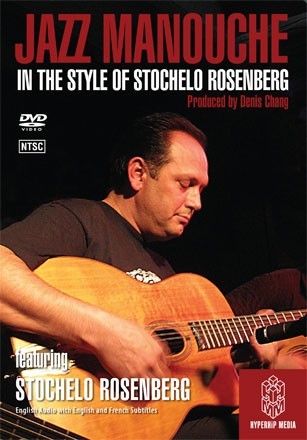 IN THE STYLE OF
STOCHELO ROSENBERG
Cat # HM0018
by Stochelo Rosenberg

In 1989, The Rosenberg Trio released “Seresta”, a ground breaking album which served notice to the world that a new master of the jazz manouche guitar style had arrived. By mixing the music of Django Reinhardt with bebop, traditional gypsy waltzes, Latin jazz and many other influences, Stochelo and his band mates created a uniquely personal style of jazz manouche.

Over the years, Stochelo has refined his technique to a highly efficient level. His speed is breath-taking to behold. Notes explode from his guitar. His ability to articulate notes cleanly adds to the illusion of speed. His vibrato is supple and his sense of time is impeccable. Watching Stochelo play helps the viewer to understand what is possible when technique is subservient to the music.

Over 3 hrs of Instruction!

Producer Denis Chang’s concept for the “In the Style of…” series is well-suited for illustrating the basics, as well as, the finer points of the “Stochelo Rosenberg” style. The DVD is divided into two parts. In “The Songs”, Stochelo is accompanied by Denis as they demonstrate Stochelo’s style at slow, medium and fast tempos on 35 songs, in the Django style. The songs were selected to demonstrate all of the common chord changes in the contemporary jazz manouche repertoire.

The second section is divided into two parts. “Rhythm Overview” is where Stochelo gives valuable insight into his approach to rhythm playing. Stochelo demonstrates good and bad rhythm as well as his approach to bossa, rumba, waltz, rumba-waltz and bolero rhythms. Proper chord shapes and sequences are shown for four songs. Finally in “Lead Guitar”, Stochelo deals with vibrato and right-hand technique before explaining his personal technique. He then clearly demonstrates 29 phrases and 2 endings. All phrases are initially played at tempo and are then clearly demonstrated for the viewer.

This DVD follows the traditional gypsy method of instruction. No tab is provided and students are encouraged to learn by watching and repeating. Alternate close-up angles are provided for more in-depth analysis. Careful placement of chapter markers allows the viewer to repeat phrases precisely. The total running time for the DVD is over 3 hours. 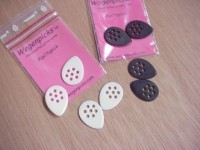 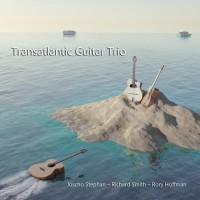 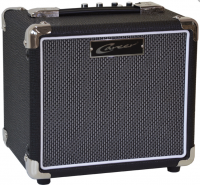 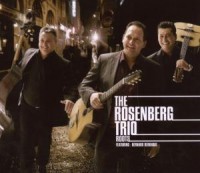 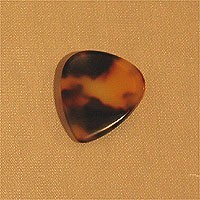