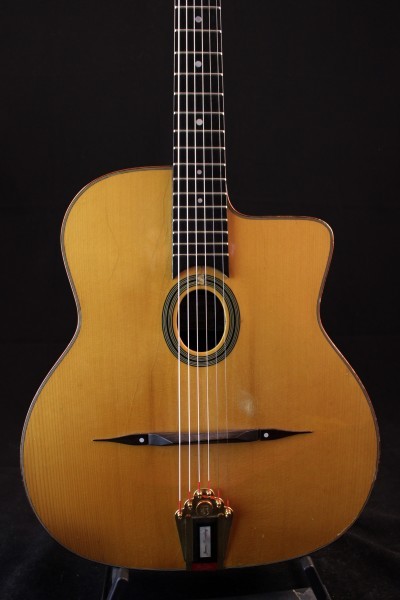 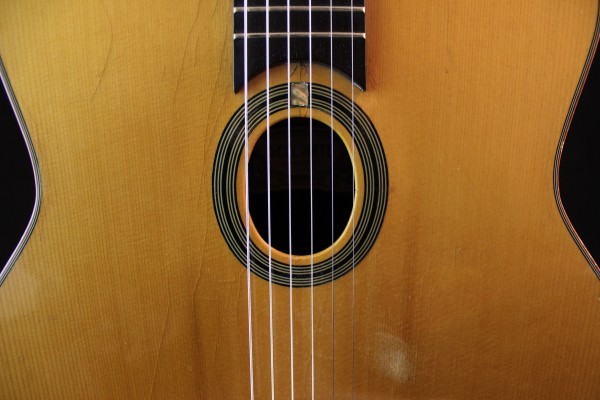 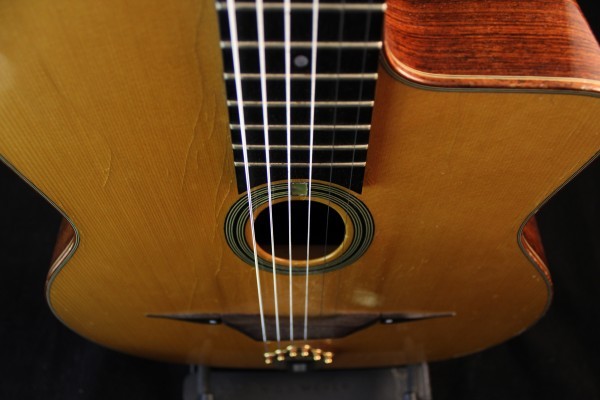 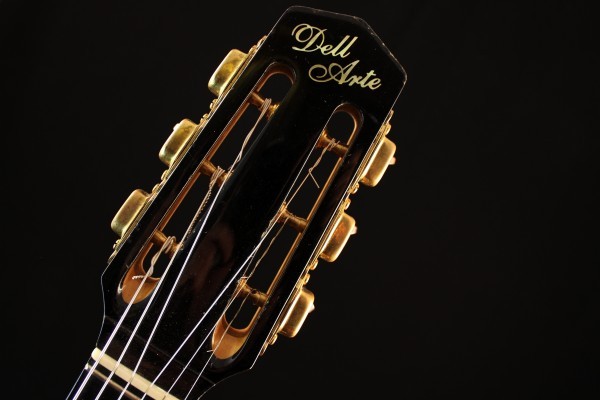 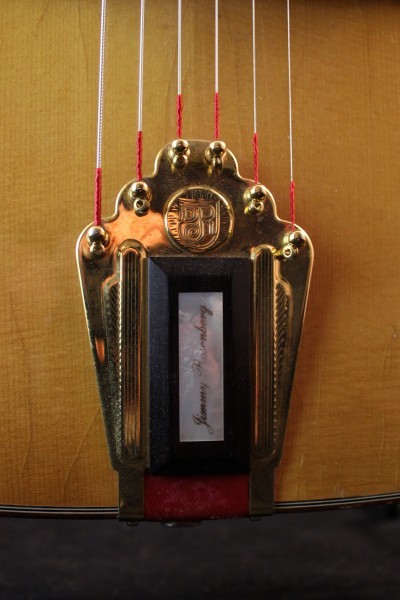 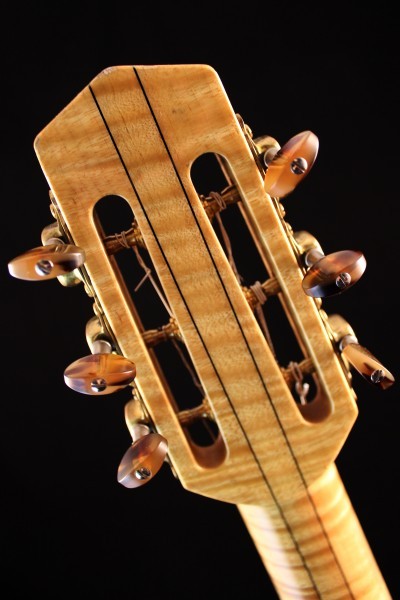 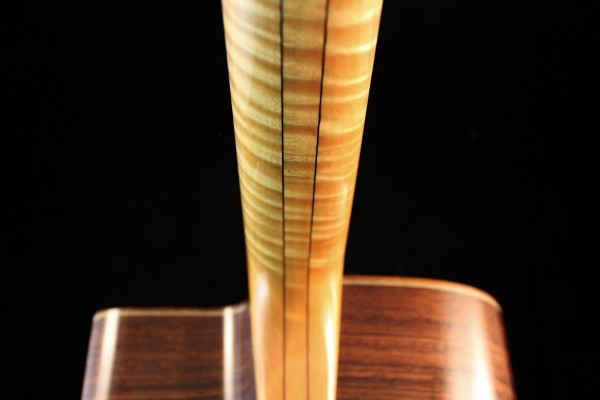 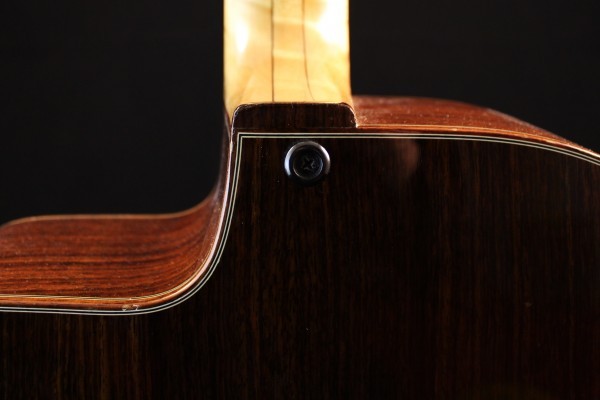 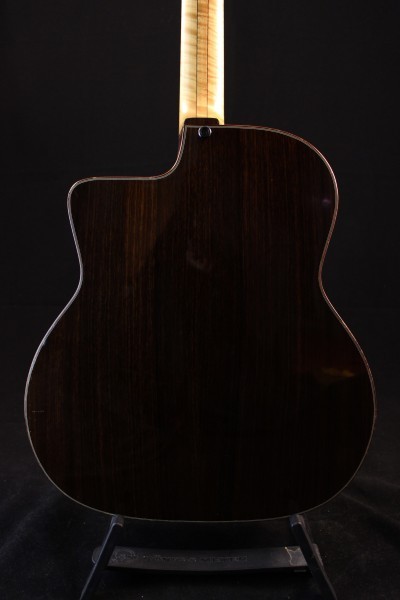 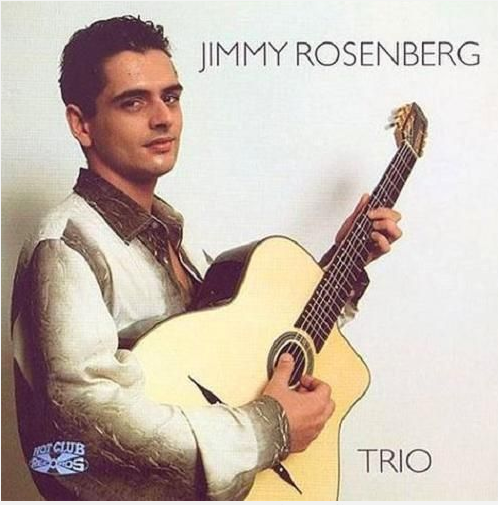 The Story of the instrument:

Well, he got it as a gift from dell arte when they introduced the Jimmy Rosenberg model. I was told  he recorded the cd "trio" with it and it is this guitar he holds on the cover of that cd. I bought it via xxx and xx xxxxxxx, whom I know well, from the local gypsyguitar traders in camp Rijswijk. they are musicans and realy closely related to the Rosenbergs. They regularly  play  together at the camp. (zbs. The likes of Tchavolo, Dorado and Mozes Rosenberg usw. visit there often. I sometimes go see the when they rehearse in the clubhouse) The Limbergers actually called me in the evening while I was giving guitarlessons, to come and play this guitar. As it would go to germany next morning. They know I am a guitarlover too. I went to play it and ended up buying it.

This guitar is the one Jimmy shows in the documentary The Father , the Son also known as the Broken String.When Jimmy is visited and filmed in rehab he says somthing like " look what I scored" he also points out he put two coins under the bridge as he likes the action high. The improv on Joseph Joseph filmed is, as far as I honestly know , also done with this guitar.

The Facts of the instrument:

Notes: San Diego based luthier John Kinnard has built an international following for his faithfully crafted gypsy jazz guitars. The Dell'Arte Jimmy Rosenberg is a deluxe version of the well regarded Dell'Arte Hommage. Built in the style of the Favino Petit Bouche, it is the largest of the traditional gypsy jazz guitars. This design is renowned for it's increased power and projection, and is a versatile instrument for either lead or rhythm work.

The Guitar shows heavy signs of playing - but technically its in best condition..look at the picture .....a piece of real gypsy jazz history 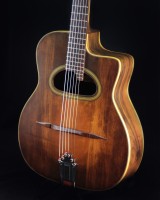 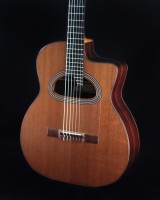 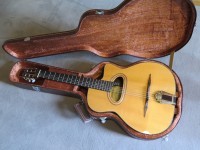 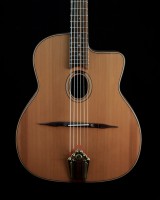 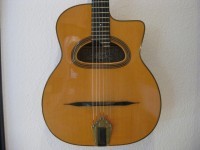 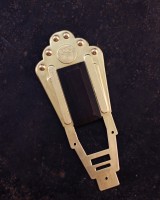